You are here: Home1 / Blog2 / Uncategorized3 / It Takes A Village To Build A Business – Or A Career 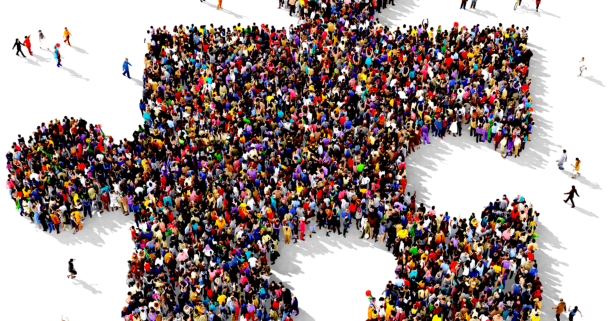 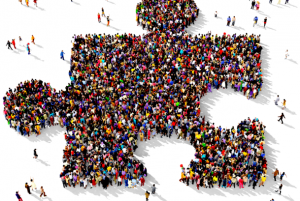 Love her or hate her, Hillary Rodham Clinton wrote a book a few years ago that took for its title the adage that “it takes a village to raise a child.” Fair enough. Though she lifted this from old wisdom and repackaged it, we can all see the sense in such a statement: A child isn’t just raised by her or his immediate family, they are raised, most properly, by the community of which they are a part. This is old African wisdom. Children aren’t raised in isolation by their parents, they are raised by their sisters and brothers, uncles and aunties, friends, and even the local community, which will include anyone who provides direction and life lessons in small and big ways. We see this in our fractured western society in the form of not for profits, or organizations and associations that foster the community and the basic good, from the fire department to the local grocer. We might have lost a lot of the sense of community in the last 50 years or so, with family breakdown and hollowed out cities that hardly act as community binding influences. Still, the idea is true. The kindness of strangers in a larger community, like the village, or now the mega city, matters to the development of all individuals who reside within the constructs we call community.

It used to be simpler, presumably. Which is the reason for the aphorism that it takes a village to raise a child. However, one of the problems in our system is we seem to either altogether ignore this concept or drop it once our children turn of age. After the age of 18 or 16, most people consider adulthood as a time to “make it on your own”. So, if it takes a village to raise a child, and children are our future, what are all of us? Are we the future? And if we are, why don’t we apply the village concept to all of us, ourselves, after the age of 18, through university, and into a job or an entrepreneurial enterprise? Why do we adopt these aphorisms as truisms, yet we drop them completely when the clock rounds on 18 years? Support, the reasoning should go, would be lifelong, not just for a time period.

So, once the baby is thrown out with the bath water around 16 or 18 years old, why do we leave everyone to their own devices? What happens to support in life or business after you are no longer a child? Why does it become every woman and man for herself or himself once we give up childish things?

It’s probably not accurate at all that children in the west are raised by a village anymore. It’s a nice idea that doesn’t really prove itself in the modern west. But the ultimate question is if we believe in this idea, which we should, being true and right, why don’t we extend this concept throughout life, at the most important growth times for any individual, which really is all the years past 18? There are associations and clubs and boards and education people can achieve, but invariably new ideas creep in, like “It’s a dog eat dog world out there”, “it’s every man for himself”, and we can only rely on ourselves to achieve what we want. Anyone who has looked for a career or started a business realizes the truth of being thrust into the world with limited guidance and support. I meet and coach so many people who, being adult, have no idea what they could do, should do, or where to go next. This, to me, speaks volumes about how we set people adrift after we decide they are ready for the world on their own.

But what is the world, really, if we are all individuals fighting against other individuals to get a job, start a business, or get that next contract?

We live in a million-population city, not unlike other cities of that size across the world. Having been partner in a privately-owned enterprise twice now in my career, I can say definitely that while people might speak of supporting entrepreneurs, or those looking to change careers or get a lift in their career, that the reality is much more harsh. People do not always support each other. Larger contracts go to larger markets (rationale: larger must mean better) and if you happen to stay in the community you love, if it’s not London, Los Angeles, Toronto, or Vancouver, then you may succumb to the belief that the larger communities foster greater talent. Sure, there are more people, but as it is in sport and life, there are only a few who can consistently take the puck or the ball across the goal line; there are stars in all markets. So, what can you do if you don’t live in New York City, but in some smaller, glorious place you call home?

I am in the business of change. And being a CEO and a long-time entrepreneur, we battle against these attitudes every day. We tell ourselves we support entrepreneurs, yet we defer to Google Campus for growth instead of investing more into our own technology companies. With the deference comes loss of talent, expensive rents, and the total loss of our data to shareholders and companies from other countries who promise us bliss, better, and more. What happens is the baby dies when you throw it out with the bathwater. If we don’t change the ways we support each other locally first, each of us will have a hard time growing a business or a career at home. It takes a village to raise a child. Yes. It also takes a village to raise a business or a career that creates a sense of power, belonging, and hope.